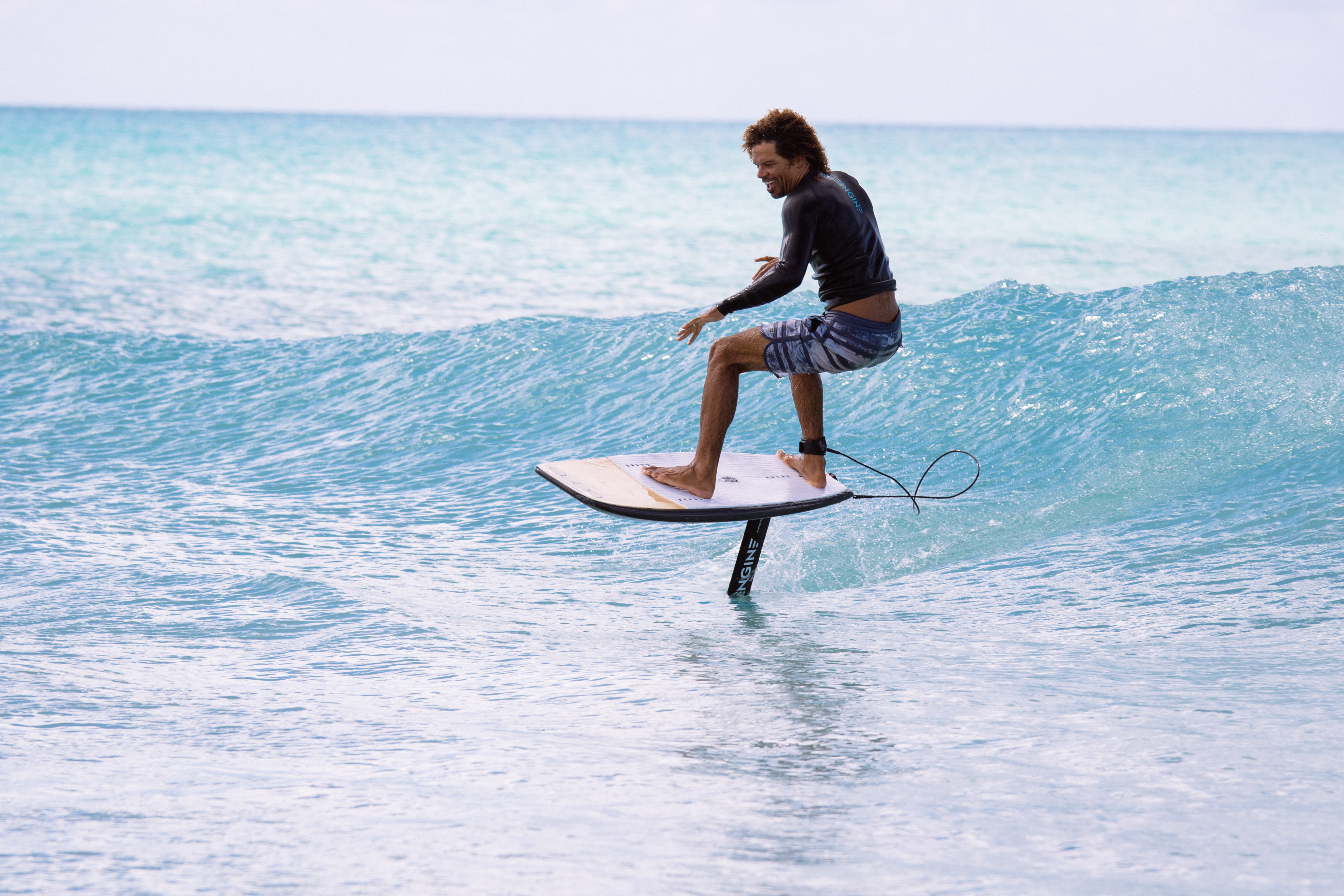 Andre Phillip is a man that needs no introduction. He is a kiteboarding legend in every facet of the word. Andre has been around since the beginning of our beloved sport and has witnessed trends and fads come and go, yet he has always remained at the top of the sport. He is essentially your favorite kiteboarder’s favorite kiteboarder as his name will forever be a synonym for ‘style’. Although time has run its course and kiteboarding has evolved, Dre’s thirst for the ocean has never waned. Everything in the world can change, sponsors can change, job titles can change, but ultimately its all for one thing. The water. The foil is now looking to change the way we look at riding waves. That has Andre excited.

Dre emailed us a month ago asking about our futura surf foil. He was curios to know what it was all about and if he could get his hands on one. Dre has been surfing for over 20 years and traveling the world to the best kite board locations has also gifted him the ability to surf some of the best waves as well. After a few sessions, we asked Dre to document his experiences and let us know if Surf foiling was about to change his life or if it was just all hype. One thing is for sure; if it means more time on the water Andre is not afraid of being a beginner again.

I have spent a lot of time on the water kiteboarding and surfing. The foil’s potential really started to dawn on me when I started using it for light wind kiting. The foil blew me away with its efficiency and how it enabled me to get going. Now I could ride when there was barely enough wind to fly a kite.

When the foil craze started happening in surf I thought maybe it could open up the doors in the same way. Maybe this could start getting me out in the surf when it was small and crappy. After all I do live in Antigua. The kiteboarding is great but it is arguably the worst place in the Caribbean for surfing. Barrier reefs and other islands block the swells from ever reaching us. Small and crappy surf is a normal day for us.

Maybe foiling was the answer I had been looking for? I had to see for myself so I ordered the Futura Ride Engine surf foil. It came in a box with all the parts nicely laid out. The whole package has such great craftsmanship and the foil was easy to setup in a few minutes.

After assembling the foil I attached the foil to a 4’6” surfboard and high tailed it straight down to the beach. I had a great spot in mind. I picked the spot because it’s normally small, mushy and deep enough for me to try the foil. The last thing I wanted was didn’t to worry about mashing up my foil on the reef the first day out! On my way down to the spot the butterflies were beating in my stomach. This felt like I was going to surf for the first time in my life! I have been surfing for 20 years! The anticipation was killing me! Was it going to be hard? Would I be able to get going in the knee to waist high surf out there? Will it be as fun as surfing? Would I be able to throw turns that feel good?”

I paddled out and was surprised that it paddled much like a surfboard. The tricky part was trying to find my footing when I popped up onto my board. It took me a few waves to get my feet in the right spot. I needed to be in the perfect spot so I could be in control of the foil. The wings kept coming up and out of the water and bucking me off. Once I found the sweet spot and figured out that I needed much more front foot pressure it really started to click. After that I was able to keep the wings down I got one of the longest most effortless rides on barely a bump of a wave. Once again I was blown away at the efficiency of the foil. The wave had diminished to nothing!

That’s it! It is the answer! Knee-waist is the new head high! I found myself catching the same waves that a long boarder could catch yet I was riding a tiny surfboard. The first session on the foil I could only find myself swooping down the line but it was the most fun I’ve had in crap surf ever! The experience gained from hours riding a foil with a kite crossed over to foil surfing. I even started to throw turns after a few sessions. It is so weird because there is no spray. But let me tell you, the feeling is there and it’s pure! It feels like throwing turns on the glassiest wave ever but you are floating on a magic carpet ride and fully connected to the wave via the foil.

I’m happy to have the new addition of the Futura foil to the quiver. It’s stable, predictable and easy to use. It has changed the way that I look at waves. I am frothing at small junky waves now and ready to get out there!

For more information on the Futura Surf Foil: http://www.rideengine.com/surf-foil/ 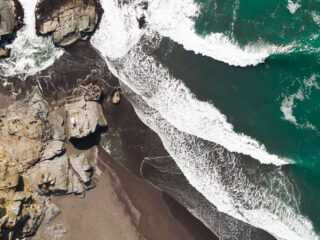 How to Find the Best Kitesurfing and Winging Location 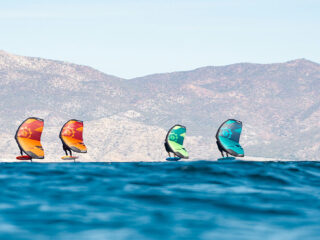 Foil-Academy.com – Learn to Foil for FREE 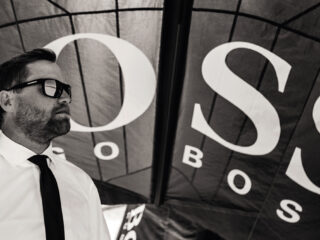 Alex Thomson – Racing Around the World with Ride Engine 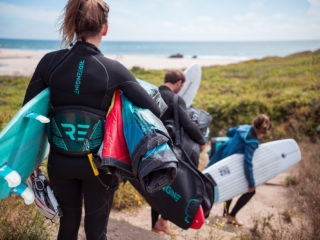 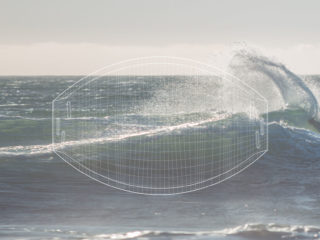 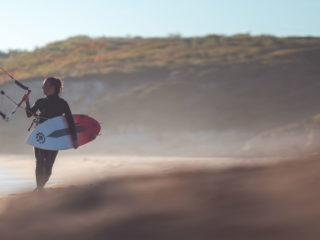